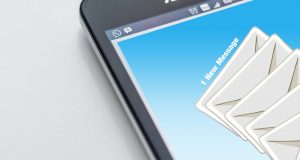 The problem is most people are in the rat race, living five inches in front of their face with no time to pursue what they were born to do. That is the problem, and the solution is to develop enough passive income to replace your working income so you can quit your job and be free to live your life the way you were created to.

That is a solution and this podcast will show you how…

Hey, what’s happening everybody, this is Ryan Enk, your host with another awesome episode of Cash Flow Dad Life.

Today. I’m going to show you a secret weapon in real estate if you were not using this strategy. If, if, if, if you have a plethora of properties out there, even if you’re just trying to get started, this is something that I wished that I would have known when I first got started.

This, uh, this thing that I’m going to teach you about has the ability to dramatically change your wealth and dramatically increase your profits on every single real estate deal. So tell you a story. The other day went out on my boat with a, with a couple friends and my wife and we went down river one way and then there’s this really cool restaurant called the chimes, which is the opposite direction. The thing is, it’s a little shallow getting two times.

So as we’re about to dock in my house, we were having a good time on the boat. So everybody’s like, Hey, let’s skip Ryan’s house, which has the free drinks and uh, and let’s go to chimes and pay money for drinks. So whatever. Everybody wanted to do it.

So I was like, all right, let’s go. So we’re going down river, we get the chimes were having a great time and then we leave on the way back. Now this is about three miles down river from my house on the back on the way back. For some reason my engine just stops on the boat, so my crap. So it’s actually at this public park area called Boba fly a park that we pull over, kind of on the sand banks and um, and I jump out into the water and um, I’m trying to see if I’ve gotten a gas and this has happened on this boat before where it was a little deceiving the gas gauge because it actually showed having like a quarter of a tank or uh, but it.

But it ended up being completely empty. So I’ve been stranded on this river before, not my first Rodeo. So I call a buddy and I’m like, hey man, I think it just ran out of gas at this point. It’s like 1130 at night and thank God I’ve got some really awesome friends. So this guy leaves, it’s a school night. He leaves, brings me a five gallon of gas and I fill it up, turn the key, still won’t work. 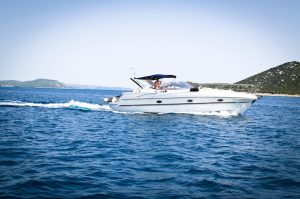 It’s, you know, it’s not like an expensive boat, but it’s nice enough to where I don’t want it stolen by some random guy just going into the park or you know, a kid going on and messing it up or some animal, whatever. Um, so I was like, I, I’m just going to swim it back. So I put on the life jacket, hook a rope up, a hook, a rope up to it, and I start pulling it. Now. I don’t know if any of you guys have ever sat there pulling a pontoon boat downriver, like literally swimming with it because, oh, by the way, we forgot the paddles.

So, so in case of emergency we couldn’t paddle back. Um, and it wasn’t like there was anybody really on the river that could tow us at that time because it was a 11:00 PM at night on a school night. And uh, and so I’m just pulling it back in. The first 15 minutes were kind of fun because it was just like the whole excitement of the adventure. All right? And then after that, my wife was like, all right, uh, who can we call to meet us at the boat launch?

And you go a lot slower when you’re pulling a boat and swimming with it. Then the uh, then, then the rudder moves the boat along when the boat is on. So meanwhile this other guy in the boat, he’s turning the engine key and trying to get that move in a. But the engine just won’t start up. It’s full of gas now, so we have no idea what’s wrong with it. And um, and so 30 minutes passed and I’m singing Irish songs swimming. And then at about the 45 minute mark, I was like, alright, this is bull crap, I can be done with this.

And then all of a sudden,my, my buddy who is on the boat finds this switch, finds that it was pulled off. It’s that little trigger switch, right? That if you accidentally pull it off, it’s like the safety switch. If you accidentally pull it off, it just cuts the engine off and there’s no way to turn it back on until you pull that switch till you put that switch back on is the easiest thing in the world is to click this switch back on or plug the little key in.

He finds that that happens. So as we’re pulling up to my friends who have been waiting there for three hours after I had been swimming, literally three miles down river pulling upon tune boat with nothing but a life on the engine starts up. So my friends, obviously you were there, there were just sitting there. We’re like, I hate you.

And I just thought to myself, I hate myself. I just spent three hours of my life. I’m tired as all get out where this really could have been solved in one second, uh, and we could’ve been down river and home. So the moral of the story here is, this is the same thing you can do with this instrument in real estate.

This is called a lease option. If you are not using lease options, you are missing out. And when I first got started in real estate, as I’ve told you guys before, I did things the hard way. So it was like, you know, real estate agents, uh, trying to wholesale and then trying to become a landlord. And it wasn’t until one of the houses that I bought that I ended up making a while. I ended up getting a home equity loan and I gay, I got the guy to owner finance it for me, so I gave him something like $30,000 down and I paid him every single month while I was collecting rent on it.

So I got them to owner finance it for me and I use, you know, like a home equity line of credit for the 30,000. So for me it was actually a free house as far as none of my own money was used and it was cash flowing on top of that. Everybody else is paying down my debt like we talked about in the last episode. So that got me thinking why, why am I only buying things on owner financing? Why am I not selling things on owner financing? Because if I flip a house, I’m making 10 to $60,000, but then I lose that cash flow. And then if I buy a house and I just rented out, I’m missing out on that 10 to $60,000 down. So what’s the solution there is to lease option and to own or finance it. There’s different kinds of owner financing. 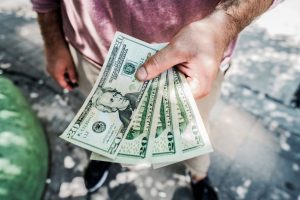 There’s bond for d, there’s deed in lieu, there’s credit sales. I choose lease options when I’m selling a property because it’s subject to eviction laws, not to foreclosure laws. If you do like a credit sale and the guy doesn’t pay you, you’ve got to go through the entire foreclosure process, 60, 90 days, sometimes longer, and I don’t care where you live in the country, your eviction process is going to be a lot shorter than your foreclosure process.

So I sell properties now on lease options. This solves a couple problems in real estate. Number one, once you buy a house, you have a and you sell it, you’ve got to build an exit strategy and typically that sales price is a little bit higher than the market price because you are giving a, you were doing the financing, okay? The other problem that you have in real estate is that, uh, you, you, you have to figure out ways to make a pass if you don’t want to be running out to fixing sinks and stuff. 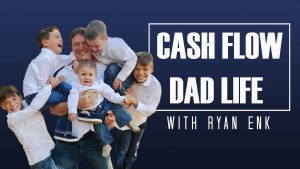 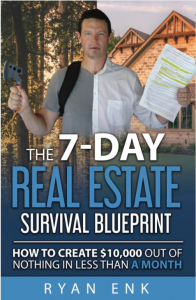 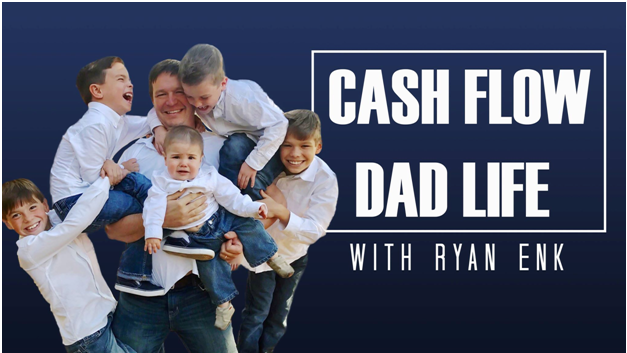 Previous
CDL 28: The Secret ROI Trick To Pay Off Your Debt Or Invest…
Next
CDL 26: Debt Hacking With Real Estate…